COVID-19 Update: Our office is OPEN and scheduling patients. We are dedicated to keeping our patients safe & healthy.

Overview of Head and Neck Conditions

Bulging and Herniated Disc of The Neck

Pain in the neck won’t go away? The root cause may not be what you think it is.

The head is supported by the top of the vertebral column at C1, the atlas. The juncture of the head to the neck consists of the hyoid bone, auditory ossicles and the atlas. The occipital bone connects with the atlas near the foramen magnum, a large hole that contains the spinal cord. The Autonomous Nervous System is also located near the base of the skull. The criticality of the area cannot be overestimated, but often it is ignored.

Our neck gives our head exceptional flexibility. It is composed of seven cervical vertebrae and six intervertebral discs which give us an evolutionary edge with the ability to scan almost 260-degrees around us with rapid lateral movements of the neck. Neck flexibility also means vulnerability to high-stress events such as car crashes, tackles, falls, and other traumas.

Several conditions plague our necks and head, including concussions, headaches, disc injuries and temporomandibular joint problems. Many are recurring, often with higher levels of pain.

Soft tissue injuries to the head and neck are often the root cause of your chronic pain. Damage to the delicate capsular ligaments along your facet joints can loosen the connectivity of your bones, allowing nerves to be pinched, causing pain to be generated.

At the age of eighteen, Dr. Scott Greenberg’s car was hit by a vehicle driven by a drunk driver. He was injured and diagnosed with a concussion. He then suffered from severe headaches and neck pain for ten years, symptoms of post-concussion syndrome. He was searching for a natural way to heal that would solve the root cause of his problem. He learned about Prolotherapy, had several treatments and finally experienced life without pain once again.

Prolotherapy has been used for over 80-years, but it was Dr. George S. Hackett who formalized it in the 1950s as an effective therapy for a range of soft tissue diseases including arthritis. He described Prolotherapy as “the rehabilitation of an incompetent structure by the generation of new cellular tissue.”

After his recovery, Dr. Scott Greenberg dedicated himself to using Prolotherapy to treat thousands of patients using the natural, holistic treatment. He has become a leading practitioner of Prolotherapy and the developer of Kinetic Regeneration Therapy (KRT) which includes Prolotherapy, Platelet-Rich Plasma and Stem Cell treatments.

Dr. Scott Greenberg is a pioneering leader in prolotherapy, PRP, and stem cell procedures. He serves as the chair of the Institutional Review Board of the American Association of Stem Cell Physicians and is a founding board member. He was a member of the first team to repair a meniscus tear using stem cell therapy and has treated many professional and Olympic athletes among the thousands of people helped since starting his practice in 1999. He also has the distinction of being named Director of the Regenerative Medicine team at the Dee Adams Center for Integrative and Regenerative Medicine at the Bryn Mawr Hospital.

If you or a loved one is looking for a regenerative strategy to treat your chronic conditions, fill out the form on this page to schedule an appointment or call Dr. Greenberg’s office today at 833-440-4325.

Bulging and Herniated Disc of The Neck

Please submit your info and we will contact you with available appointment times.
Or call (833) 440-4325 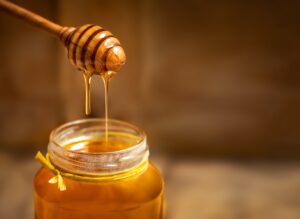 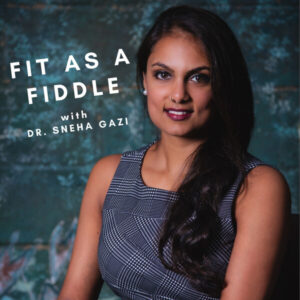 Fit As A Fiddle Podcast – Healing Through Stem Cells, Prolotherapy, and PRP

It’s a beautiful summer day at the beach with clear skies and great waves. The water is scattered with eager surfers, patiently paddling to catch

Fit As A Fiddle Podcast – Healing Through Stem Cells, Prolotherapy, and PRP

It’s a beautiful summer day at the beach with clear skies and great waves. The water is scattered with eager surfers, patiently paddling to catch

Greenberg Regenerative Medicine encourages you to read about the countless success stories our patient’s have reported over the years.
The first time I saw Dr. Greenberg I wasn’t sure he was going to be able to help me. I was told I needed a double knee replacement and there was nothing else they could do. I was talking to my chiropractor and asked him if he could possibly buy me some time and he shook his head no. However he told me Dr. Greenberg had helped him, but he wasn’t sure if he could help me because my knees were bone on bone and my right knee flopped around like a rag doll.

I was desperate so I scheduled an appointment and was evaluated by Dr. Greenberg who told me he could definitely treat the left knee, but the right knee was badly deteriorated. I decided to move forward with treatment hoping he could treat both knees successfully. I am happy to say I can now walk and go up and down stairs pain-free. I will never be able to run a marathon, but I had no intention of running one before I had knee problems. I am so grateful to Dr. Greenberg and his team for giving me my mobility back.
Sharon D.
PRP from Dr. Greenberg provided healing. I was pain-free and back to full health after 6 weeks. Dr. Greenberg was responsive to all of my concerns and questions and was fully available on text and/or phone when I had urgent concerns, particularly during the first couple of weeks, which were extremely painful (my head pain, not the treatment).

Dr. Greenberg is one of the rare doctors interested in healing you with the best regimen possible. He equipped me to be a better manager of my health.
Barbara B.
If not for Dr. Greenberg’s treatment, I would not be walking today. I’d seen numerous doctors over a span of 5 years who either told me there was nothing wrong with me or just prescribed a lot of drugs that made things much worse in the long run and in one case, a surgery left me in more pain than I was before.

Dr. Greenberg actually HEALED my injuries using cutting edge techniques such as PRP and Stem Cell injections. I do not understand how most doctors do not offer these same treatments, treatments that actually heal injury, rather than cover up the pain of injury with drugs. The only other time I have seen these offered are when they are being performed on Professional Athletes to get them back on the playing field. I feel that “regular” people should also have access to these treatments, not just sports stars worth millions, everybody deserves good health.
April R.
After a 2 year struggle with disabling low back pain caused by SI joint dysfunction, I have finally found relief! I ran the gauntlet of all the conventional medical tests therapies and injections to treat chronic low back pain which ultimately ended in a bilateral SI joint fusion. Still, I was dealing with disabling pain, so I continued to search for relief and finally found Dr. Greenberg and his regenerative medicine practice. Over the last few months of working with Doctor Greenberg, I have regained my physical life and am no longer a slave to pain! My quality of life has greatly improved and things that I thought I would never do again such as hiking, cycling, swimming, yoga, and surfing, are now a regular part of my life again.

If you’re living in chronic pain, do yourself a favor and don’t waste time with all the conventional therapies that only treat the symptom rather than resolve the structural issues. Doctor Greenberg’s regenerative injections have been miraculous for me and I wish I hadn’t wasted so much time and money pursuing dead-end solutions. Thank you, Dr. Greenberg, for keeping my hope alive and helping me resume a joyful life!
April R.
Dr. Greenberg gave me my life back. After being in a bad rear-end collision, I was no longer able to function in my everyday life. Before it happened I was a high-level athlete (boxing, weightlifting, swimming, etc.) and after I could barely brush my hair. I went to over 10 different doctors to try to heal myself with no improvement at all. My mental state was completely compromised because of my inability to hold down a job or do my school work because of my physical limitations. I spent over a year agonizing over the plethora of symptoms the accident had left me with until I finally found Dr. Greenberg.

He has expert knowledge of human anatomy and is able to tell exactly where an area is damaged based on touch (something most doctors are totally clueless about) and other factors. I never thought I would see the day where I would get back to the gym but because of his expertise, I’m finally getting back to my life and my sport. He is extremely compassionate, confident, and he truly cares about his patients. I can’t imagine what my life would be like today if not for him. When you feel like you’ve tried everything with no success this will absolutely get you back.
Allie L.
I went to see Dr Greenberg after conventional sports medicine said my shoulder injury was not going to improve without surgery, and there were no guarantees. I did NOT want surgery, especially without a guarantee. Let it be known that I am a very active athlete who competes in obstacle races and Ninja warrior competitions. Dr. Greenberg diagnosed my problem and recommended PRP to help heal my injury. At the time of my injury, it was painful to lift my arm and I couldn’t even wash my hair with my right arm, just putting on a shirt was excruciating!

After being treated with PRP every three weeks, my shoulder began to improve, within 4 months the pain was gone and the mobility was back! After 6 months I was back working out! Now one year later I am better than 100% and competing at a higher level than ever! By the way, I am 53 years old! Dr. G gets an A++ from me, I highly recommend him and his approach to medicine!
Mark S.
Previous
Next

Any patient that enters the building will be screened by having their temperature taken, as well as, a questionnaire from Main Line Health. Once in the office, patients will be asked to wash their hands immediately and their temperature may be taken again. All patients will have a safe distance between them and patients will only be seen once per hour. The Greenberg Regenerative staff will be wearing masks and ensuring that all safety protocols and guidelines per Main Line Health and the CDC are being followed. At the end of the appointment, patient’s have the option to take a Greenberg Regenerative Medicine hand sanitizer to allow them to remain safe and healthy.