It’s true what they say: What’s Old is New Again. Mankind’s earliest civilizations used natural honey as a medicine to help treat sickness and heal wounds. Now, modern scientists are discovering that the earliest doctors were right to use honey; new research shows that it is a healthy and effective alternative to some over-the-counter treatments and prescriptions. Follow along to learn of some of the benefits honey has to offer, such as treating colds, asthma, and even cancer!

It’s still very common today to use honey as a treatment for a sore throat or for one of many home remedies coupled with over-the-counter drugs or prescriptions to treat a cold. But, when a meta-analysis was conducted- analyzing 14 random clinical trials comparing the use of honey to treat anything from Upper Respiratory Tract Infections to common prescription medications, OTC medicine, and placebos- honey was the most effective at treating symptoms; especially cough frequency and severity.

This is one of many uses for honey in the field of medicine. Many studies have found that honey has antibacterial, antifungal, antiviral, antimicrobial, antioxidant, and anti-inflammatory purposes as well. Honey also has the added benefit of being cheap and widely available; plus, it has little to no side effects.

With new studies showing honey can be an effective treatment for common colds, doctors now have an opportunity to prescribe antibiotics less frequently, making antibiotics more effective against disease in the future.

Honey Beyond the Common Cold

With all of its amazing benefits, honey has the potential for use in medicines much stronger than OTC drugs. As mentioned before, honey has anti-inflammatory properties. Scientists found that when turned into a mist, honey can treat the “acute effects” of asthma, like an inhaler does.  When sterilized with gamma irradiation, honey can be used to treat open wounds and partial-thickness burns, as it is able to activate antibacterial and antiviral properties.

In fact, research is being done to study honey’s ability to fight diseases as severe as cancer. Honey has the ability to fight cancer, as it can interfere with multi-cell signaling pathways. Additionally, this homeopathic remedy may be able to prevent cell proliferation in certain types of cancers such as cervical, endometrial, liver, colorectal, prostate, renal, bladder, lung, bone, and oral, as well as in cancer cells of melanoma, adenocarcinoma, and leukemia.

Similar to honey, vitamin C (in IV high-dosages) has antiviral properties.  Research from the NIH shows that vitamin C helps with the production of interferons. Vitamin C also helps fight cancer by causing death of the cancer cell, just like honey, but vitamin C does so by causing the formation of hydrogen peroxide around cancer cells.

While honey will not entirely replace modern medicine, it remains a great alternative with a multitude of health benefits. Modern science envisions a great potential in the usage of honey in the current day. At the very least, it’s worth it to keep a jar around as an at-home remedy for the flu season. Subscribe to our newsletter for more articles like this one! 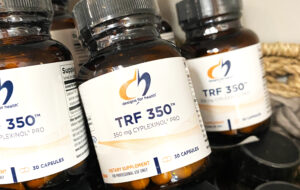 How Do TRF and SPM Supplements Support Regenerative Treatments?

While regenerative medicine is able to show great promise in helping to treat many different diseases and conditions, sometimes these treatments are recommended to be supported by specific supplements. This is where TRF and SPM supplement support come into play. 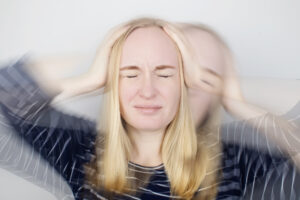 What is Cervicocranial Syndrome and How Can it be Treated?

Cervicocranial Syndrome, sometimes called Craniocervical Junction Syndrome or Barre-Lieou Syndrome, is a group of symptoms that are collectively caused by an injury, disease, degeneration, or a combination of these. This syndrome can develop when the vertebrae found in your neck, or cervical spine (C1-C7), are shifted, collapsed, or misaligned.

Stem Cell Activators: What Are They and How Do They Work?

Stem cells are responsible for regenerating and repairing damaged tissue throughout your body. Without activating stem cells, your tissues would never fully heal.

Acupuncture for Mental Health: Does it Work?

Learn about acupuncture, its benefits for mental health, and how Dr. Sadek provides this treatment.

In order to mitigate the spread of COVID-19 in our community, any patient that enters the building will be screened for the virus by having their temperature taken and filling out a questionnaire from Main Line Health. Once inside the office, patients will be asked to wash their hands immediately and may receive another temperature check. All patients will be able to maintain a safe social distance from others, as only one patient is seen per hour. The Greenberg Regenerative staff wears their masks at all times, and also ensures that all safety protocols and guidelines per Main Line Health and the CDC are being followed. Additionally, Dr. Greenberg is fully vaccinated, which further reduces possible COVID-19 transmission. At the end of the appointment, patients have the option to take a Greenberg Regenerative Medicine hand sanitizer to allow them to remain safe and healthy.